Mungalla has long been famous for its bird life, both permanent residents and migratory visitors. During the occupation by the Cassady family, Mungalla was declared a wildlife reserve and shooting was not allowed on the property. At April 2020, 229 different species had been recorded. A number of uncommon sightings have been made.

There are always many birds to see, but the best time is in the dry season, September to December, when the wetland species become more concentrated. Large numbers of Spoonbills, Egrets, Ibises, Magpie Geese, various ducks and smaller waders can be seen as the wetlands dry and contract. Jabirus breed on the property and many species of raptors can be seen hunting over the paddocks and wetlands.Owls inhabit the forests, grasslands and buildings.

Our photo gallery shows a number of birds photographed at Mungalla, thanks to Tony Ashton, Ian Boyd, Richard Wallace and others.

Saltwater Crocodiles occur in both salt and fresh water habitats in north Queensland and a number of large crocodiles inhabit Palm Creek and the Mungalla wetlands. Birdwatchers should be aware of this and exercise caution when near the creek and wetlands. Winter mornings are the best time to see crocodiles at Mungalla. 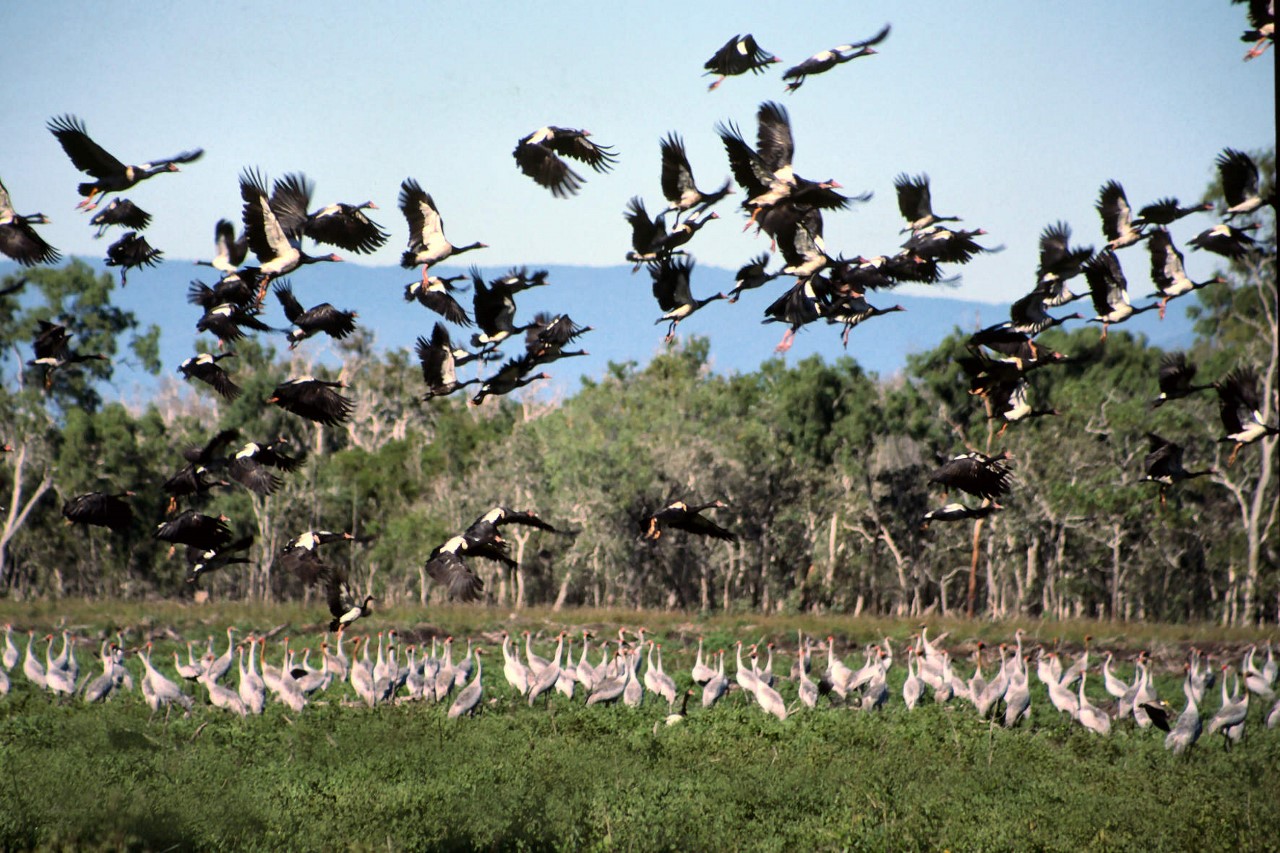